Poetry Train and a Dos a Dos

Updated a new version of The Wanderer here- a collaborative collection of poems as it roves from one member to the next of the poetry community created by John Wordslinger of the Poetry Train. I first met John one night years ago around the fall of 2013 in Princeton IL. Traveling home from back east, I had stopped in to a hotel there and John and his buddies were at the hotel bar. They struck up a conversation and found out I was a bookbinder. John said he was just starting the Poetry Train at that time. I have to admit, I didn’t entirely understand the concept at first. After observing his commitment and undying obsession to his craft for a while, I offered to make monthly prize journals for “Poet of the Month” throughout 2014. We went our separate paths after that for a couple years and then struck up with this idea last year. The idea here was for each recipient to put a poem in the book and then pass it on to another poet. It takes trust and commitment from all to pull this off. Unfortunately, John sent the first book to a sketchy person (his ex girfriend) who kept the journal and didn’t pass it on. Shame on her! 🙂 I guess I should be flattered that she wanted it all to herself! Oh well, as we say – the Universe is fair. So I made a new one here for John, only this one much bigger. 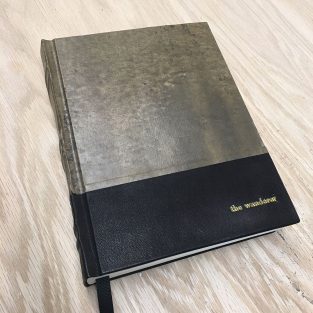 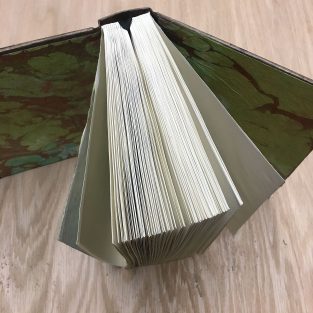 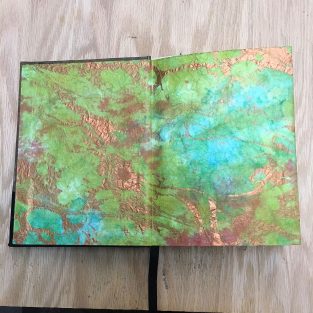 Dos A Dos
Looking for something a bit different? Check out the Dos-a-dos format.
We’ve made a number of variations on this style. One of my favorites was this gold suede leather version. Technically, it may not be a true “Dos a Dos”, but it’s what I call it. We produced a series of these 2 years ago in several other assorted suede colors as well. 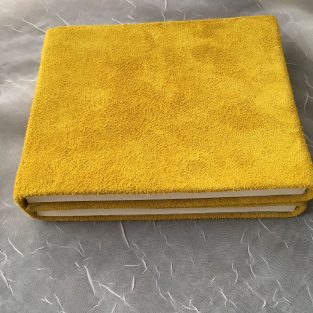 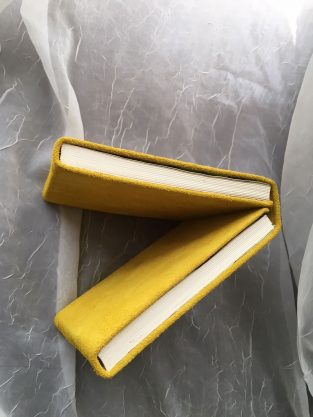 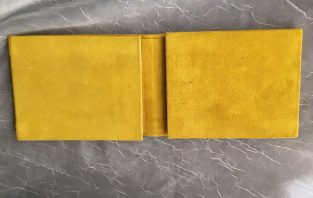 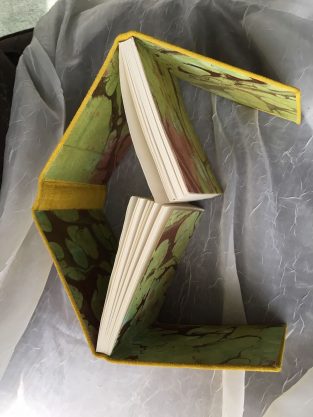 Recently made this prototype to illustrate the difference between PUR binding and our Smyth sewn binding. It came together OK, with the PUR binding side it used a square spine and on the Smyth sewn side I went with a rounded spine. Covered with bonded leather quarter section and hand painted, distressed wallpaper from Vahallan. Admittedly, the Dos-a-dos format is somewhat of a gimmick/novelty. But the format begs you to pick it up and hold it and they are fun to make sometimes. Certain variations of this style could potentially be quite useful for things as widespread as art and photo books to paper company sample books, greeting card and stationery albums, educational books and more. We certainly have always sold out quickly of the fancy leather bound Dos a Dos blank journals we have produced in the past. 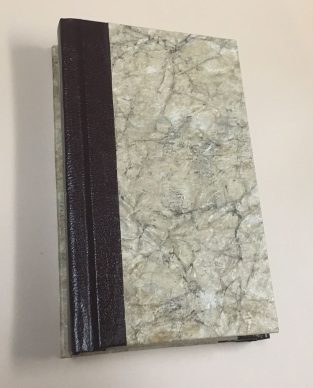 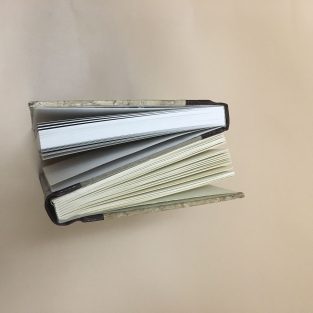 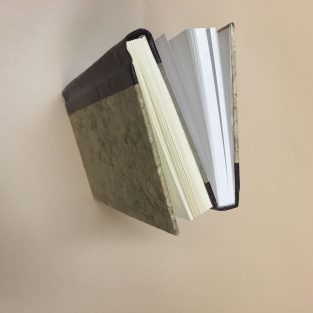 Hope you have enjoyed this post. If you have any questions, you can reach me info@designbindery.com.

← The Blizzard of ’18
Notebooks for The School of Styling →