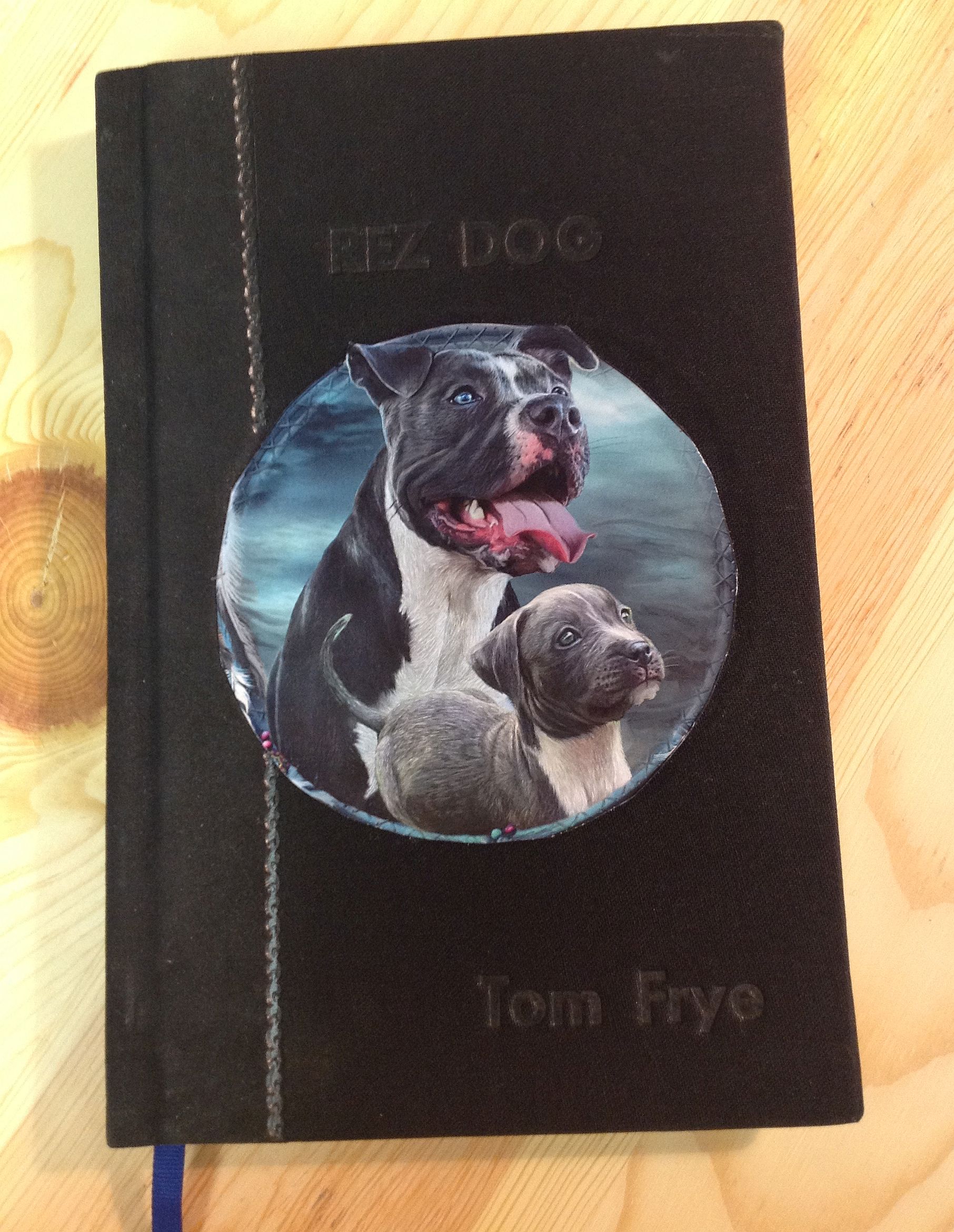 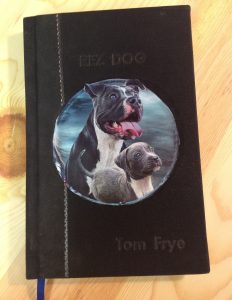 The back cover of the paper back edition reads:
“The thunder beings were active the night he was born on Pine Ridge. The Pit bull pup was named Wakinyan tonwapi, meaning the source of thunder and lightning in Lakota. But his DEA handler simply called him Rocket. Upon his retirement, Rocket is stolen by a cartel leader, and the race is on to save him.”

We had received a signed copy of local author Tom Frye’s new paperback novel” Rez Dog. Over the years, we occasionally get signed copies of books we had something to do with, but in this case, I hadn’t done anything yet. Well, because Tom Frye is such a nice guy, and because we really root for local authors, poets, musicians, artists and the like, I decided to turn the paperback he gave us into a limited, “Special edition” (pictured at left and below).

After carefully taking off the soft cover, I cut out the front cover image of Rocket and made a fancy quarter bound hard cover case with goatskin on the spine and a black book cloth on front and back. We added a blue ribbon marker and blue end sheets to complement the original cover art. The image was shaped and inset (debossed) to the front case, and we finished it off with blind embossing and some hand tooling between the spine section and the front and back pieces.

We gave this to Tom with hopes he can raise money for a good cause and auction it off at a local charitable event. We love the positive message Tom takes in all his books to help trouble youths. Over the years, he has certainly done a lot of good for the community and we could not feel happier to help him give back. Be sure to click on his link above and buy a copy of Rez Dog or several of his other previously published works.

This whole idea of making special editions from normal runs of books for authors and collectors is slowly starting to take form. We have done several now that we have not posted yet. It’s kind of fun to do them, since no two books end out looking the same. We have lot’s of cloth and materials to select from to design and customize each special edition. We are drafting up this new idea so we can package and simplify this as a service for self publishers, authors, writers, etc. We have decided it will be called: bindabook.online. Stay tuned! We plan to have more details out just before we head down to exhibit at the Kansas Book Festival on Sept 10th in Topeka, KS. 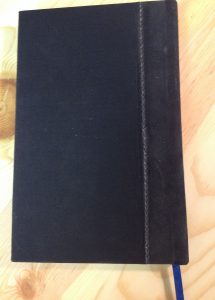